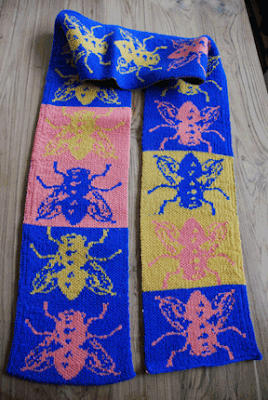 Although I am missing being in Toronto at my own opening at Tinku Gallery, I am going to be there in spirit and virtually, on Twitter. Follow me. BUT, I am going now to wear the outfit I agonized about yesterday as I packed. Including this amazing scarf by John Krynick.

Posted by Mary Anne Davis at Saturday, April 04, 2009 No comments: Links to this post

I am leaving shortly for the airport and off to Toronto for my first one person show in 5 years. I will be showing with Tinku Gallery, the brain child of Amrita Chandra, gallerist extraordinaire. I look forward to working with Amrita and am honored to be selected for representation by her gallery. This is a new time for art in the world. I hope to learn as much about its role in the 21st century working with Amrita as I have in all my years in the field. I have written a Manifesto with the title "The Role of Art in the 21st Century". hehe. Can't figure out how to post a PDF here on Blogger though, so that will have to wait until I change to my new WordPress platform, launching soon!!! Stay tuned...

Posted by Mary Anne Davis at Friday, April 03, 2009 No comments: Links to this post

Participating in this on Saturday. More local information here.

Posted by Mary Anne Davis at Wednesday, March 04, 2009 No comments: Links to this post Having survived yet another nor'easter this past Monday, another snow day, I continue my commitment not to complain about the weather. I chose to live in upstate New York, it is here I intend to stay. Early March, still over 2 weeks until the official start of spring. And the brilliant white in the stronger sunshine is lovely. Can't help wanting it to warm up a bit, tho'.

Some neutral plates for a change. Suits the time of year, I think. Gentle and just before color comes in the way of early blooms.
Posted by Mary Anne Davis at Wednesday, March 04, 2009 No comments: Links to this post

Art in These Times

Last Thursday, the New York Times published a well thought out argument about art in the current economic melt down by Holland Cotter. Jerry Saltz, an art critic posted an inflammatory remark on his Facebook profile ("Jerry is disgusted by self-appointed Savonarolas demonizing the art world as if it were one thing; demanding that artists get SECOND jobs (and work in hospitals"). and quite a little kerfuffle ensued. I love the drama.

Cotter's points are well taken in my opinion. Artists do shape the game. Always have and always will. Reality and how we live is often the trickle down affect of artists imagining. My thing has been artists making a living. It isn't easy but it is essential if we are to live in a humane world. Artists humanize us and show us our best and worst aspects. The gallery system and museum world provides a view of a tiny sliver of art activity. The current crisis provides the opportunity for huge breakthroughs to happen because that is the result of crisis. Artists can become visible in the world now.

"And in every case it has been artists who have reshaped the game." Speaking to the shift.

"At the same time, if the example of past crises holds true, artists can also take over the factory, make the art industry their own. Collectively and individually they can customize the machinery, alter the modes of distribution, adjust the rate of production to allow for organic growth, for shifts in purpose and direction. They can daydream and concentrate. They can make nothing for a while, or make something and make it wrong, and fail in peace, and start again." My particular favorite idea in Cotter's thesis. I believe the artist must be engaged on production. When art is produced and distributed by the artists, its very nature changes. Dealers, critics and curators no longer power the expression. The artist has control.

"Such changes would require new ways of thinking and writing about art, so critics will need to go back to school, miss a few parties and hit the books and the Internet. Debate about a “crisis in criticism” gets batted around the art world periodically, suggesting nostalgia for old-style traffic-cop tastemakers like Clement Greenberg who invented movements and managed careers. But if there is a crisis, it is not a crisis of power; it’s a crisis of knowledge. Simply put, we don’t know enough, about the past or about any cultures other than our own." I love this and it is absolutely true. We know nothing! We are learning, at least those of us paying attention to those talking all over the world. We are learning so fast, relative to the near past, that we can barely keep up. The revelation that we are as ignorant as we are is shocking, to me at least. But from here I can proceed hopefully with a little humility, and continue to pay attention. That is the job at hand.
Posted by Mary Anne Davis at Tuesday, February 17, 2009 No comments: Links to this post

Email ThisBlogThis!Share to TwitterShare to FacebookShare to Pinterest
Labels: art

Posted by Mary Anne Davis at Tuesday, February 10, 2009 No comments: Links to this post

Sending these out today/tomorrow. I love this bunch of 6" saucers. Going to the lower east side on Manhattan, wonderful purveyor John Derian ordered these when we were neighbors at High Point in NC last fall. Thanks for waiting John! The dish is the dot...

Posted by Mary Anne Davis at Thursday, February 05, 2009 No comments: Links to this post Feels like I am moving slowly lately. Getting a lot done, though. Although I don't know all that I want to or will do this year, I have a much clearer idea of what it will look like. 3 things I know for sure, today:

These 8 cups came out of the kiln over the weekend and are going to client tomorrow. I love this picture. It makes me think of the Osmonds or the VonTrapp Family. I think they may just break out into song...

Posted by Mary Anne Davis at Monday, February 02, 2009 No comments: Links to this post

I have been reading so much lately about the end of print media. The Atlantic even went so far as to say the New York Times might close it's doors in May. (!) Well, I am here, a self appointed journalist, writing whatever I feel like when the spirit moves me, so I guess I am part of the problem. Or am I. Why do we all want to sit back and just let stuff happen? I am writing this right now, as the spirit is moving me, hehe, because I just responded to a New Yorker promo which agreed to send me a free copy of their groovy and historic cover for this most amazing day. I bit. OK. I like free stuff. I voted for Obama (God Bless America) I am saving press around this historic election. AND, I pressed the button asking me if I wanted to subscribe to the New Yorker. 40 bucks. For a year. For the best goddamned journalism out there. Malcolm Gladwell, Seymour Hersh, and a ton of other top notch PAID professional journalists who have put in their 10,000 hours. I am NOT a journalist. I am a potter. I write a blog. Maybe I'll write a book one day. BUT, I don't want to get paid for this. I do want to read the hard paid work of the masters of their craft. So I subscribed. If a million of us subscribed to our favorite print magazine or journal or paper, we might still have high quality journalism.

The free market is having a hay day with print journalism. I love the internet and I love trees. I also like analog. I like reading edited, high quality information that has been vetted by elitists. I don't have to believe it all or agree with it all but I do want to trust that there will be top notch sources for news and information that are NOT by the masses. That have been cultivated and curated and selected and honed in a chamber of knowledge that allows for top quality news to have a strong and supported voice.

My point is, pony up. Pay for your New York Times. Subscribe to the New Yorker. Subscribe to Gourmet. Subscribe to whatever magazine or journal you want to take to bed with you. Or read in the bathroom. Or clip to send to your mother. Or your best friend or whatever. Maybe, we can save some parts of the industry by actually paying for what we read.

Oh, and I am so wicked happy Barack Obama is being inaugurated today.
Posted by Mary Anne Davis at Tuesday, January 20, 2009 No comments: Links to this post

A Set of Dishes I had an amazing day and a half with a brilliant young man, David Bausola, whom I met through conversations on Twitter. The interaction I have been enjoying there and elsewhere around the web has been teaching me an enormous amount. My work, though, continues to deepen my original concepts forming over the past 25 years of working.

This set of dishes which I removed from the kiln this week is the result of a year long development with a designer. The swatches on the table are what I was given to work with. The back and forth included sending the designer and client glazed saucers. My job was to steer the project in a direction I think will suit the daily use of the dishes on the table.

Looking at the table as art makes conscious use of tableware the first function of having a dinner or meal. Being awake and sensitive to all that is going on, be it in each other or in our environment, is an essential step in being on the planet together. Bringing the beautiful to the table in terms of background (dishes), food (fresh, well prepared), and guests to partake (friends and family) forms the foundation for a healthy culture. Elevating these practices to art is the task at hand.

Posted by Mary Anne Davis at Wednesday, January 07, 2009 No comments: Links to this post 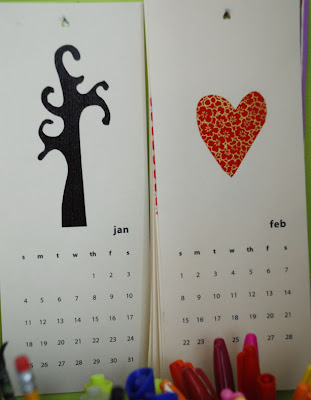 Been looking at a lot of very impressive 1st of the year happy new year wishes and all kinds of organizing tools and getting my head around another year past, a new year ahead. A lot of reflection on the high suck factor of 2008. A lot of amazing stuff happened too. I hope to stay a little more on this side of positive this year. Obama won, Hilary made a bunch of cracks in the glass ceiling of women in power, probably a million other small and not so small achievements I can't think of, don't know or are private in the hearts and minds of millions of people.

My goals, so far this year simple:

1) focus
2) clear out
3) reinvent the wheel, I mean website/blog presence

The first 2 are really my mantra. Keep it simple, DIY where and when I can, dig in, be strong and be a good friend, potter, artist, business person, mother, sister, wife and then some. My online life has added an immeasurable ability to be a human being. I look forward to the practice all this learning has inspired.

Happy New Year! and thanks for reading.
Posted by Mary Anne Davis at Friday, January 02, 2009 No comments: Links to this post