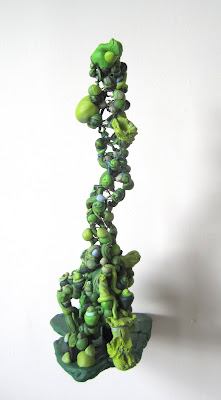 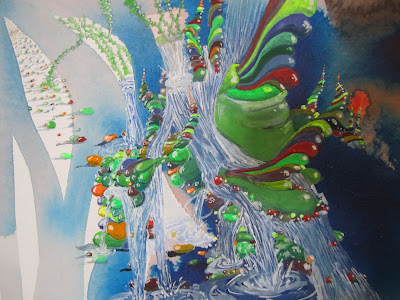 I have been meaning to write about Dan Wiener's work for a while and am finally doing so now. I have know Dan for close to 20 years, having met him at the suggestion of Saul Ostrow, my erstwhile studio spy that often suggested relevant artists for me to meet and talk to. Those suggestions have led to winning friendships and lifelong acquaintances. Dan is one of those happy encounters.
I was drawn to Dan's work in the late 80's because of it's high quirk factor. Always on the lookout for work that resonated with my own, I felt a kinship with Dan's unusual visual language, one seemingly drawn from an Ursula Leguin novel or something. His inventive sense of form and otherworldliness is quite fantastic. I love the way he makes works on paper, then sculpture, not as exact replicas of the paintings, but as sisters and brothers. Friends in a small tight knit community. Dan's work has a playful, humorous quality that invites you into his narrative. I feel transported when I look at one of Dan's watercolors. His sculpture makes me smile and sometimes laugh out loud.
See his current show at Lesley Heller in New York City for one more week.
Posted by Mary Anne Davis at Friday, March 25, 2011 No comments: 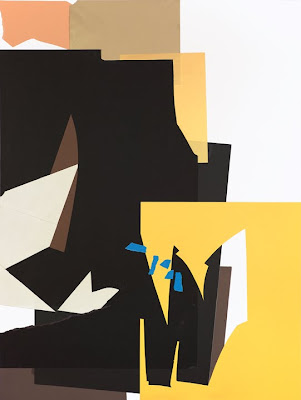 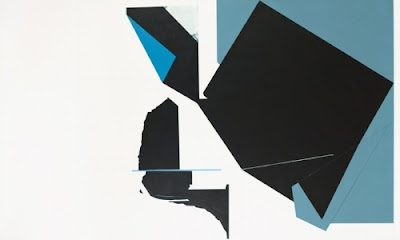 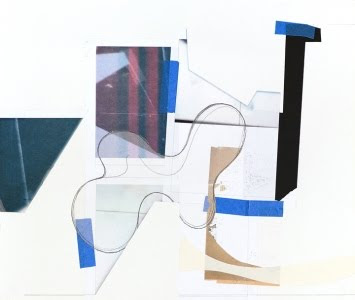 Mona Mark and I ventured further afield last week to see a show of work by painter Bart Gulley. The show was held at the Foreman Gallery at Hartwick College in Oneonta, NY.
Bart's work is a sophisticated blend of collage and design. He utilizes swathes of color torn or cut and lays them in a random collective of overlapping layers. The outcome hints at architectural thoughts; monumental slabs of colorful substance leaning against structurally impossible lines of contrasting material. Some of the work is raw cardboard and flotsam acquired in vaguely memorable ways, adhered to the surface of each piece with care.
Bart's work is handsome and striking, formal and almost beautiful. It was well worth the trip.
Posted by Mary Anne Davis at Friday, March 25, 2011 No comments: 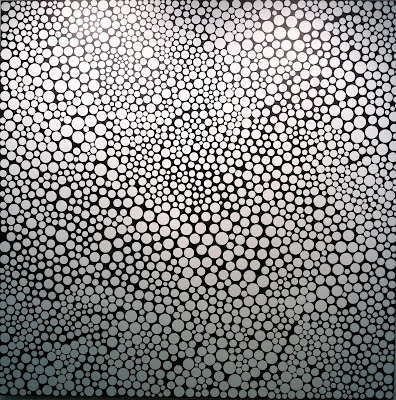 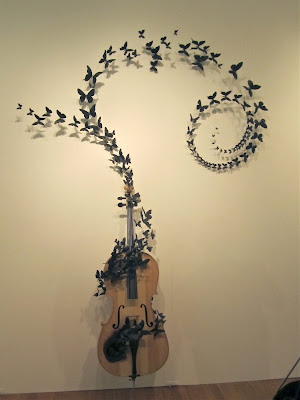 Paul Villinski, 2010-2011
OK, so I went to New York last week to take in some art during what really needs to be called New York Art Week. I went to Pulse, The Independent, The ADAA Show and the Armory Show. I know I missed some spectacular shows, but I saw enough art to keep me going for a while. My favorite piece, if that is even a reasonable declaration, is this wonderful cello spilling butterflies by Paul Villinski. This was found at the booth of Morgan Lehman Gallery and took my breath away.
Another favorite was this simple painting by Yayoi Kusama.
Posted by Mary Anne Davis at Monday, March 07, 2011 No comments:

Am getting ready to head into the city tomorrow, or town as I also call New York City. From my perch up here in the hill, "town" is all too much of a contrast with where I spend most of my days.
I am particularly looking forward to Volta. As a fair that focuses 100% on artists, I suspect it may be extremely dynamic. This will be my first time at this relatively new show.
Posted by Mary Anne Davis at Wednesday, March 02, 2011 No comments: