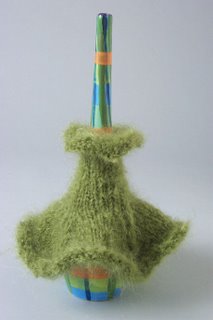 My mom suggested I post a few more pieces from my Women in Power series, so here goes. This is Elsie de Wolfe, quite possibly the first interior designer.

“I was an ugly child and I lived in an ugly age,” wrote Elsie De Wolfe in her memoirs. “From the moment I was conscious of ugliness and it’s relation to myself and my surroundings, my one preoccupation was to find my way out of it. In my escape, I came to the meaning of beauty.” Elsie De Wolfe has been described as the first lady of interior decoration. She was without question the first woman to create an occupation as designer where none had existed before, and in her quest to be admitted to the highest ranks of society she introduced some of the most stylish and tasteful ideas into the American home than had ever been seen.

The Women in Power series celebrates women who influenced radical changes in fashion and design, took bold stands on politics, journalism and society. I'll publish more in this series as the whim suits me!